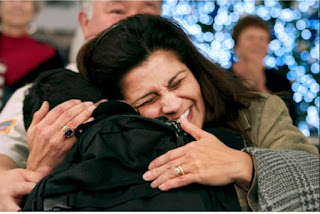 A few months ago, “Joe” came in to our office, nearly desperate for our assistance. He’d been working with another immigration professional who had, unfortunately, overlooked his case for months. And when it comes to immigration, months can mean the difference between uniting a family and its continued separation—in some cases, for many years. Timing was critical to the success of this immigration case.

Joe was a Legal Permanent Resident (LPR) from Vietnam

Joe came to the U.S. in 2014 under the sponsorship of his oldest daughter, a U.S. citizen. She had come to the U.S. as a student, married a U.S. citizen and became a citizen herself in 2013.
Under this category of sponsorship, a beneficiary’s dependent is not allowed to accompany the parent, which meant that Joe’s 20-year old daughter, Lynn, had to stay behind in Vietnam.
As an LPR, Joe was able to petition the U.S. Citizenship and Immigration Services (USCIS) to bring his immediate family to the U.S.–his spouse, unmarried children 21 or older, and unmarried children 21 and under. There is a caveat that the petitioner must have enough income or assets to support the immigrant once he/she has arrived in the United States, but this was not a problem for Joe—this was his family. Over the years, Joe had successfully petitioned for an Immigrant Visa for his wife, and they lived in Hayward. Only his daughter “Lynn” remained in Vietnam.

For an LPR to sponsor his unmarried child under 21 years old, the waiting period is approximately two years, from the time the petitioner initiates the process to the time when the final papers are signed and the new Immigrant Visa is issued.

There was a lot at stake for this family

If we couldn’t complete the process, it would mean starting over. And this time, it wouldn’t be a two-year process. Because Lynn was now 22, she was too old to qualify for the two-year process category. Instead, she would have been in the “unmarried child 21 years old and older” category, where the immigration process takes eight long years! Understandably, Joe and his entire family were frantic about the timing, wondering if they’d see their sister in a month or if they’d have to wait eight more years.

There were a few things working in our favor

Fortunately, Joe’s former legal professional had worked on the case within the last year, if sporadically. If he had not touched it, the case would have automatically closed. If the case had closed, there would have been no way to reinstate it to have the beneficiary (Lynn) in the category of ‘unmarried child under 21 years old”. (Note that the age was locked when the petition was initially filed.) The case was still open, so we quickly became acclimated and began to intervene on Joe’s behalf.

How we assisted Joe and his family

We told Joe that he did not need to pay our service at this time, that we cared about what happened to his family and wanted to help unite them. It was difficult convincing him because his current legal provider told him there were nothing that could be done for them.
He finally relented and agreed to let us take his case at 6:00 pm. When we took over, the case had been idle for nearly 12 months.

In less than a month, all required documents were received by the NVC

In less than a month, we had submitted the required payment, the Affidavit of Support and other required documents from both Lynn and Joe. One month later, NVC scheduled an Immigrant Visa interview for Lynn. She was approved, and her Immigrant Visa was placed on a page in her Vietnamese passport.

In conclusion: One month to complete the process

It meant a lot of phone calls, submission of paperwork, forms and considerable anxiety for all of us, but Joe and his family are finally united here in the U.S. We were delighted to be able to make this a happy ending.
If you need assistance with an immigration matter, contact DP Legal Solutions today. The DP Legal Solutions team helps our clients with the entire immigration process—the legal documents as well as managing the anxiety and expectations.
applying for a green card immigration issues immigration visa petitioning for a family member sponsoring a family member 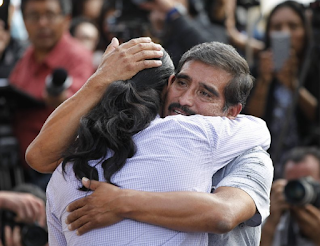 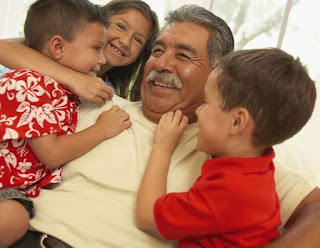 We’ve been getting a lot of questions lately about the new Transfer on Death Deed (TOD). This statute went into effect in early 2016. The TOD Deed allows Californians to sign a deed transferring real property to another individual upon their death. The deed is revocable until the transferor’s death. Eligible property includes: Condominiums. One to four residential dwelling units. A single tract of agricultural land consisting of 40 acres or fewer that is improved with a single-family house. Upon the death of the transferor, the TOD Deed transfers all of the transferor’s interest in the real property to the beneficiary. If there are multiple beneficiaries, the beneficiaries take the property as tenants in common (TIC), in equal shares. What’s to like about the TOD Many people are creating a TOD Deed for their homes or other real property and circumventing having to create a  Living Trust . In these cases, their home represents the biggest share of their assets, so by cre
Read more